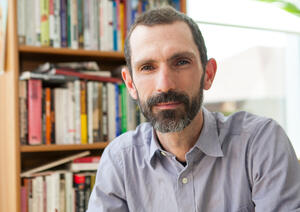 Director for the Center for Undergraduate Discovery

In his role as Director of the Center for Undergraduate Discovery, Sean draws from twenty-five years of building project-based, experiential learning programs that provide students with the most transformative forms of education. From 2015-2020, Sean directed Berkeley’s Office of Undergraduate Research & Scholarships for which he received the Excellence in Management Award. His own scholarship and teaching focuses on U.S. social movement history and the dynamic intersections of community activism, political education, and the remaking of the social imagination. For his course on "Social Movements, Urban History, and the Politics of Memory," Sean was awarded the Chancellor's Faculty Civic Engagement Award (2014) and the American Cultures Teaching Innovation Award (2015). He earned his Ph.D. in the History of Consciousness Department at UC Santa Cruz under the mentorship of Barbara Epstein, Angela Davis, George Lipsitz, David Brundage, and Paul Oritz. Burns' intellectual biography of Archie Green was awarded the 2012 CLR James Book of the Year Award.